The replica of a medieval castle on tiny Pollepel Island, built between 1900 and 1918 by Frank Bannerman, served as his summer resort and as a munitions storehouse. New York State obtained the island in 1967 and conducted tours there until a fire in 1969 destroyed the castle.

The ruins continue to deteriorate.

Attempts are being made to shore up the main structure.

Cruising north, the nineteenth century lighthouses keep our focus on the historic significance of the river.

As we pass the Saugerties lighthouse, we reach the 3,000-mile mark of our journey. The raging Tombigbee River and icy handrails seem like a distant era though it was only six months ago. I am so happy that we are taking this trip and to date, I would not change a thing.

The Esopus Lighthouse, built in 1872, marks the shoals of Esopus Meadows.

The lighthouse at Saugerties was built in 1869 and is currently a very exclusive and romantic bed and breakfast.

This lighthouse marks the shoals at Middle Ground Flats on the Hudson River, the scene of a fiery wreck in 1845 that killed 50 of 300 passengers on the steamboat, Swallow.

In Hudson, NY, we docked at Hudson Power Boat Association’s marina and clubhouse. The welcome was warm and the club’s members treated us as their own.   We ate in town at an Italian restaurant of casual appearance with upscale food quality. I could not have been happier. 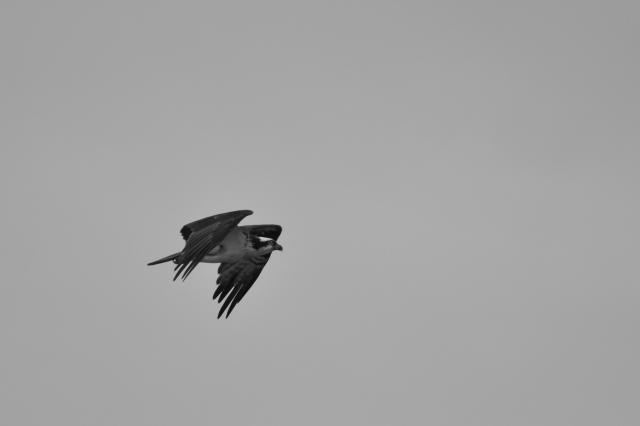 As we approached Hudson, Bob whistled up an osprey from its nest. He often gets them to answer his call, but this one flew straight to the flybridge in response.

Hudson has a gentrified downtown district where folks from the City come to play. There are weekend townhomes, a reported 70 antique stores, art galleries galore, and great restaurants. The train station and taxi stand are close to the docks and in the morning we took a cab to Olana.

Olana was the home of Frederic Church, the eminent Hudson River School painter (1826 – 1900). The 250-acre artist-designed homestead also served as Church’s studio. It is considered one of the most important artistic residences in the United States as it embraces architecture, art and landscape. There is a substantial collection of Church’s work on display in the home as well as that of other artists of the Hudson River School genre. The artist’s Persian-inspired house is set at the summit, overlooking panoramic views of the Hudson Valley. All windows and pathways were placed to highlight the magnificence of nature.

Olana from the Hudson River

A close-up view of exterior detail on Olana 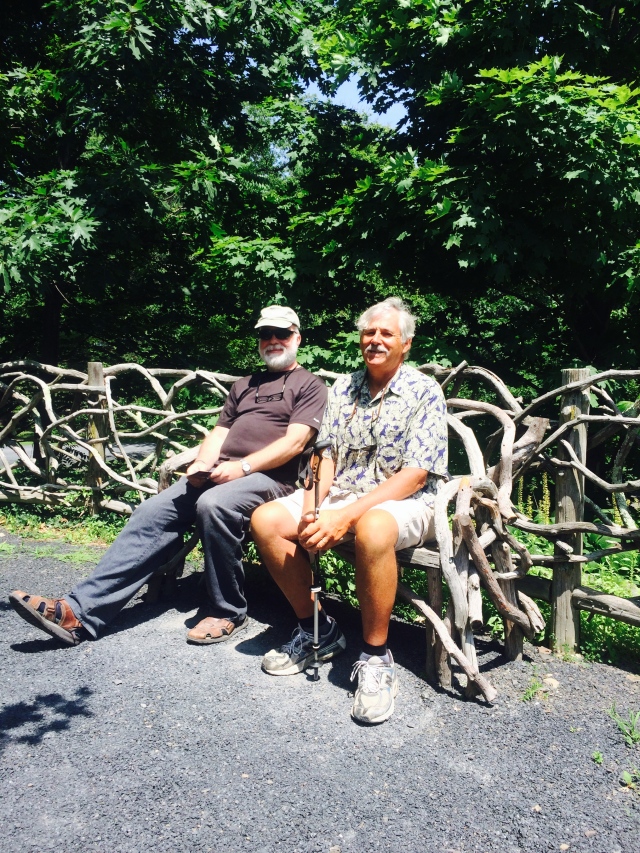 Paul and Bob resting on a bench designed by Frederic Church.

It was a true gift to tour Olana with Paul. He was our private docent and he filled in any gaps left by the tour-guide at the estate. Thank you again, Paul.

Paul left Arkansas Traveler to return to New York City by train, and we spent one more day tied at Hudson, resting and waiting on the weather. It was a quick trip (15 miles) from there to Donovan’s Shady Grove Marina where we stopped for one night to service the propulsion engine and to do the laundry. Servicing our Cummins 220 diesel involves changing the oil and the oil filter, changing the fuel filter, replacing the raw water impeller and renewing the zinc sacrificial rod that is within the cooling system. Doing the laundry after all of that is a snap.

The Traveler and crew enjoy the Fourth of July weekend on the hook in Shodack Creek as eagles, cormorants, and herons fish all around us. They provide our daily entertainment and at night we watch distant fireworks from further down the Hudson River. Tonight will be our third night at anchor in this peaceful creek. Would that I could bottle the solace of time at anchor; the breeze, the sunlight sparkling on the water, the solitude, and the lovely motion of the Traveler moving with the wind and currents. 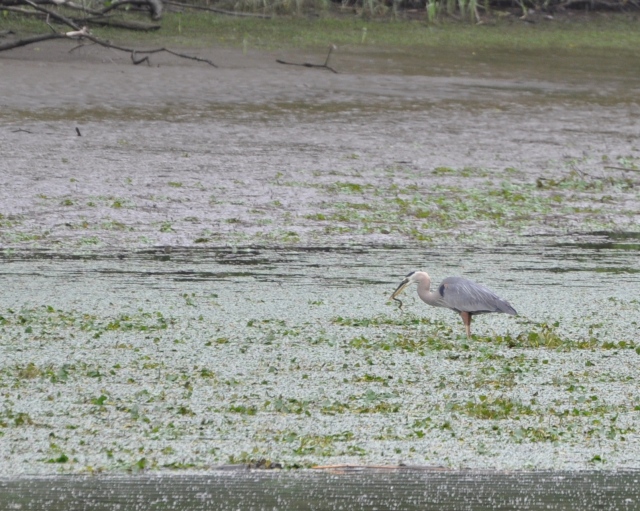 A Great Blue Heron grabbing a wriggling meal at the creek’s edge.

A juvenile Bald Eagle flys across the Traveler’s bow. 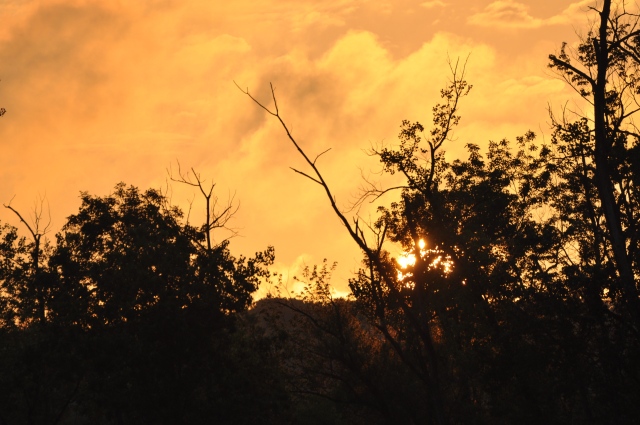 The sky bursts into flames at sunset; just part of the inspiration to paint Hudson River landscapes.

This entry was posted in S - NYC to Brewerton & the Little Triangle; Summer 2014. Bookmark the permalink.