A series of locks control the water levels of the rivers and canals into Lake Okeechobee. Boats, and the occasional manatee are lifted from sea level up into the lake and lowered when they reach the other side. These shallow locks are maintained and operated by the Army Corps of Engineers. 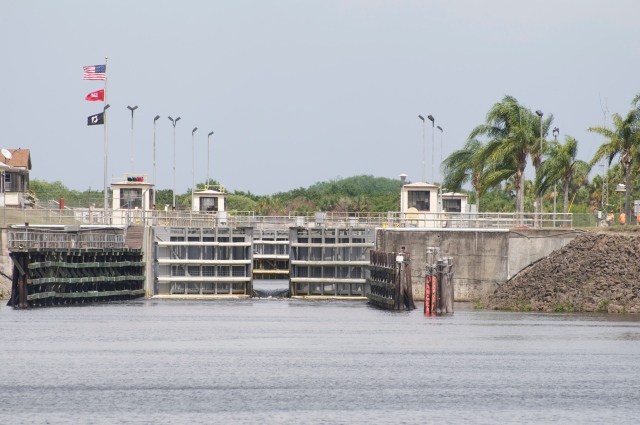 Approaching a lock as the gates open

Rather than let the water in and out of the lock by an underwater chute, the Okeechobee locks just open the main gate.

The canal was already at sea level so we just cruised on through the lock.

In many ways Lake Okeechobee is a lake surrounded by a marsh. It is very shallow and the dredged channel across it is well marked by day beacons and navigation lights.  It is also the second largest lake in the United States, Lake Michigan is the largest (those other Great Lakes are also in Canada).

A dense fog engulfed the boat during our trip across the lake in December 2010. That fog was the first of several, which spurred our decision to purchase a radar detection system.   This crossing saw no fog, and no harsh wind or waves; it was a delightful way to spend a morning, enjoying the breeze and breakfast on the flybridge while watching the antics of sea birds.

Grass grows up through the shallow depths. 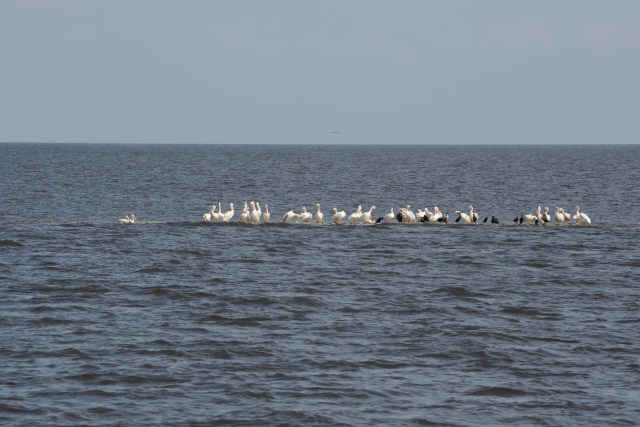 Don’t boat where birds walk. These white pelicans and cormorants enjoy resting on a shallow spot.

Navigational aids lead the way through the dredged channel. 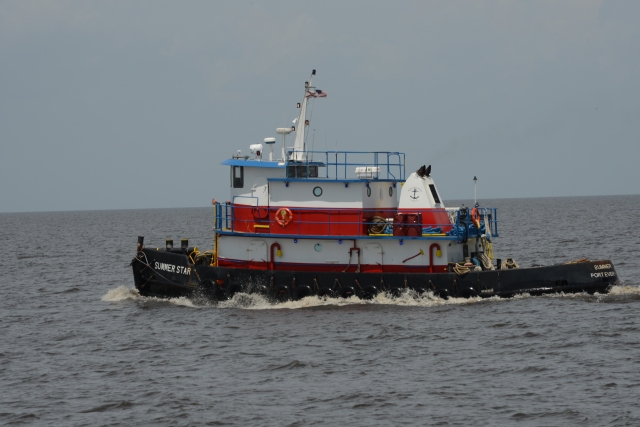 After leaving the lake, we dropped 13 feet back to sea level and at 6:00 p.m. we lowered the anchor in Kitching Cove on the North Fork of the St. Lucie River. We had traveled 79 miles, through three locks and one lake.

Life aboard was perfect. Nothing needed fixing, the engine purred, and the various government agencies that patrol Florida waters ignored us. We knew that we had long travel days ahead and we were set to enjoy the waterways and all that comes with them.

My hands-down favorite for grace of line.

A swing bridge. These are sometimes hand operated.

Bob’s favorite because it actually has a train.

This entry was posted in T - Sanibel Island to NYC; March to June, 2014. Bookmark the permalink.