Posted on January 15, 2014 by Arkansas Traveler

We arrived at Fairhope on New Year’s Day, tying up at Easten Shore Marina to have some work done on the Traveler.

For starters, Fairhope is all about great sunsets.

We had visited with Ed at ESM about having the bottom painted before heading south into salt water and of course we called him back at the Amory anchorage when we incurred the propeller damage. 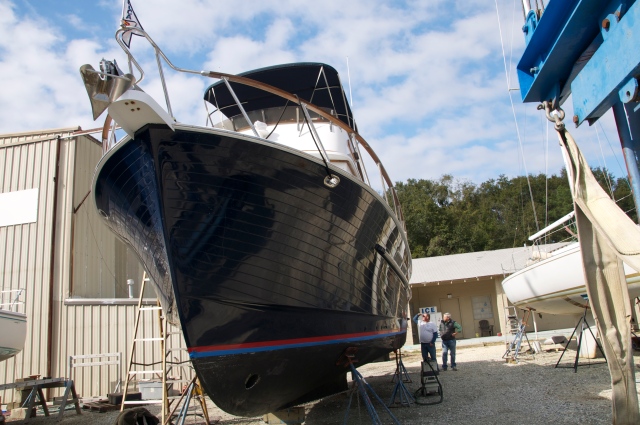 You can see that her bottom needs painting!

Some very unseasonably cold weather held up the work for a few days, but soon Keith and Mike began working on the various punch list items that we had given them.  The prop was trued and put back on the shaft and an ablative paint was used on the bottom to discourage marine growth from making permanent homes on the hull. 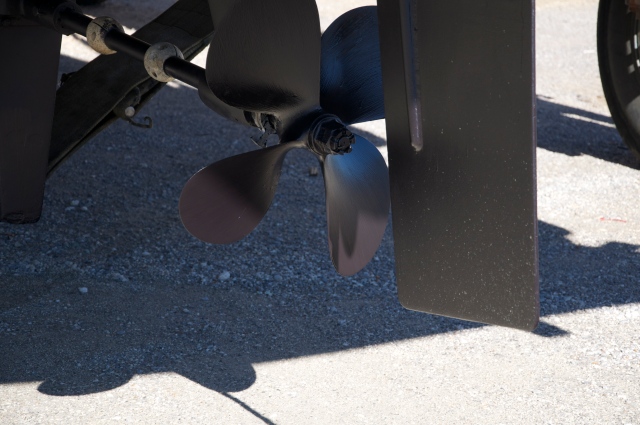 The four-bladed bronze prop is 26 inches across and has a pitch ratio of 22.  It has been painted here with an ablative paint.

For the time that the boat was out of the water, Beulah, Bob and I moved to a lovely inn located close to the downtown area.  The innkeeper, Becky, loves animals and welcomed Beulah as a guest.  We stayed in a cottage close to the main home.  Becky, a native of Fairhope told us wonderful stories about the area and its amazing, and sometimes quirky, residents. 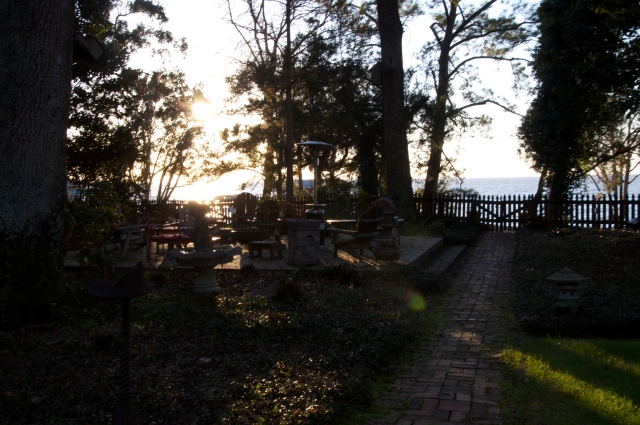 The view from the breakfast table at the Bay Breeze Inn.  The well-shaded backyard overlooks Mobile Bay.

We used our time away from the boat to explore town and to research some of Becky’s stories.

Fairhope is a Utopian Community.  In 1894 a group of 28 Populist reformers led by E. B. Gaston landed on the eastern shore of Mobile Bay to establish a Single Tax Colony as prescribed by economist, Henry George (1839 – 1897).  Incorporated as the Fairhope Industrial Association, the group purchased a large tract of land and then leased it back to individuals, charging an annual rent (the Single Tax) in return for municipal services.  They retained the bluff and the best waterfront property for the use and enjoyment of the community.   As new people moved in, the municipal services were expanded and the community thrived.

Today, the Fairhope Single Tax Corporation, (a non-profit corporation) owns 4,200 acres.  Homeowners and merchants still lease parcels of land from the Corporation.  The Corporation pays all state and local taxes from the rent and manages a fund to make community improvements.  Fairhope has brought Henry George and Gaston’s vision into the 21st Century.  Combined community efforts create value from the land and that value is then returned to the community on a collective basis.  The rent fund benefits the entire community.

The Utopian beginnings are relevant and readily apparent on many levels.  Most strikingly, the people who were involved in the initial experimental community were a freethinking, intellectual group.   Fairhope continues to attract artists, philosophers and writers.  The town boasts independent bookstores and hardware stores in the thriving downtown district.  Unique art galleries, shops, and restaurants abound.

Land use planning continues through green areas for public use, a town pier that is a nightly gathering spot for watching sunsets, waterfront parks, playgrounds, and a bike and pedestrian friendly commitment.  The Corporation has taken an active role in developing the museum, rebuilding the library, and contributing to major hospital improvements.

There are only a few Single Tax Colonies in existence in the United States currently.   Fairhope has managed to make the idea fit the ideal through changing political and economic environments.  And they have managed superbly.

The museum contains many permanent exhibits and also has an area for traveling exhibits. 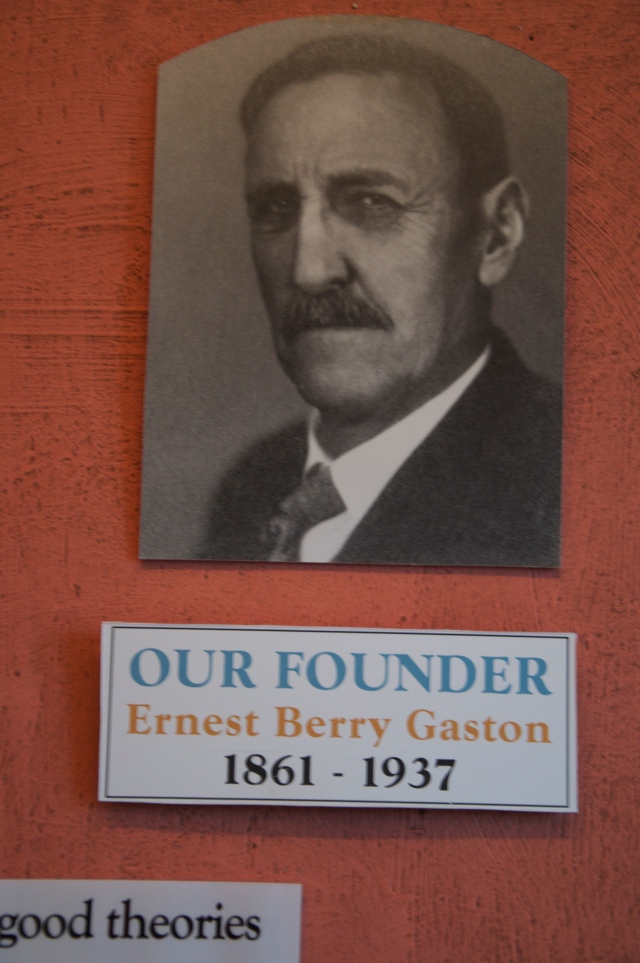 Ironically, the economist Henry George never visited Gaston’s Fairhope because he didn’t think that the community would be viable. 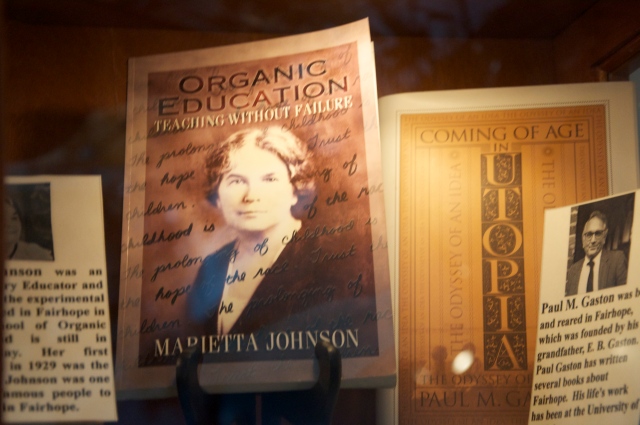 Marietta Johnson, author and educator, founded the School of Organic Education in 1907. The school boasted “no tests, no grades, no shoes” – my kind of place!

When the boat work was complete and she was returned to the water, we stocked up on fresh food, did a last load of laundry, filled the tanks, and headed into Mobile Bay.  After two glorious weeks we again head south towards warmer weather. Did I mention that Fairhope has fantastic sunsets?

This entry was posted in U - 2014 Fairhope to Sanibel Island. Bookmark the permalink.