Day One at Isle Royale 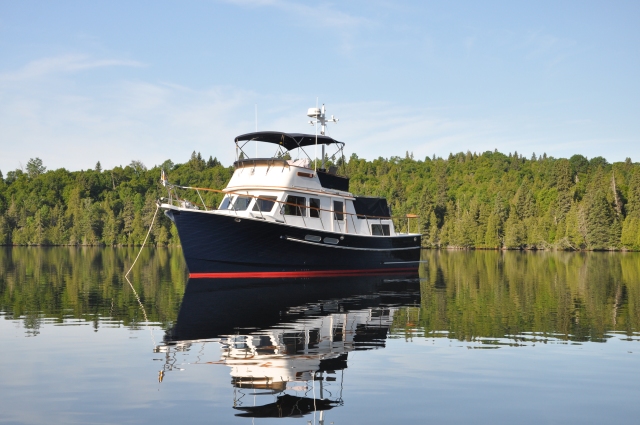 Saturday morning was clear and calm. Loading the dinghy with laundry and our check-in papers for the Isle Royale National Park Service, Bob grabbed the fishing pole, just in case, and we trolled our way to Windigo dock.

At the eastern end of Beaver Island, the line tugged and the pole tip dipped. I gently increased the drag and brought line in until I felt some resistance. Then she ran. It was a relatively short play of give-and-take before I first saw the fin clear the surface of the water and the big trout beneath it. Bob put the net in the water and when the fish saw it, she swam straight down. I was now standing in the dinghy coaxing her to the surface, letting her run, and coaxing her back again. With another dip of the net, Bob scooped up a 26-inch, 5.5-pound Rainbow Trout. I reckon that makes for three meals and a snack. 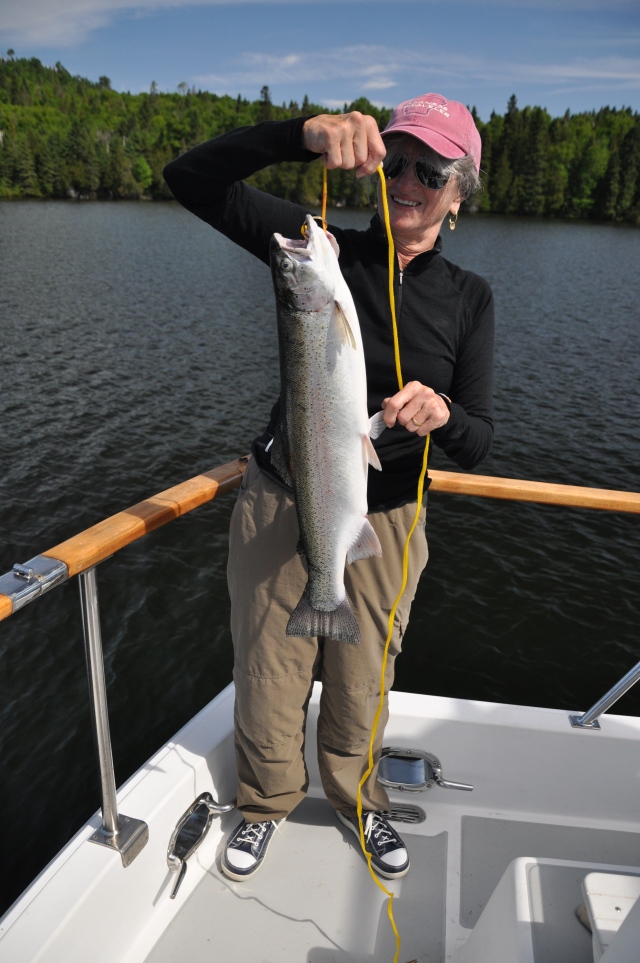 First fish of the season!

With the trout securely on the stringer, Bob steered the dinghy to the dock at Windigo. An hour later, with a load of clean laundry and the appropriate National Park Service anchoring permits, we returned to Arkansas Traveler, trout in tow.

Bob raised the anchor and I piloted out of the harbor. He then cleaned the fish on the aft deck as I steered west out the long harbor towards the fog on Lake Superior. Once on the lake and clear of the headlands, our heading was northeast to Chippewa Harbor. It was a 6-hour cruise, mainly through heavy fog.   The sky cleared as we approached Chippewa Harbor entrance, forty-three miles later.   We anchored in twenty feet of water, deep within the second basin.

This basin has good holding, excellent protection from wind and waves, and is not often visited by other boats this early in the season.   Here, on the hook, we listen to the Loon, the Gray Jay and the White-throated Sparrow. A nesting Merganser hen patrols the shoreline. 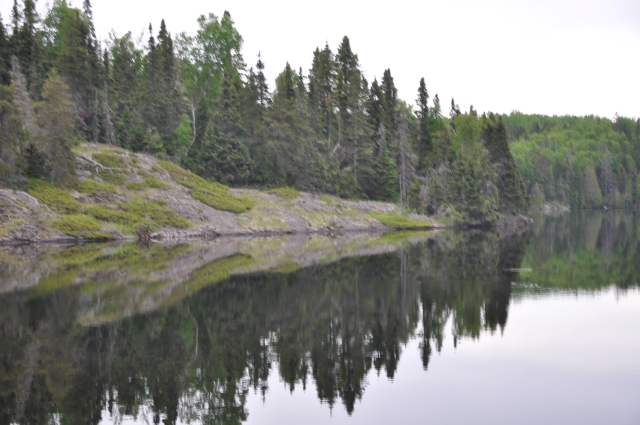 The rocky shoreline of Chippewa Harbor

The post marks a portage trail that leads to another lake. You can explore the island by canoe or kayak through its many interior lakes.

3 Responses to Day One at Isle Royale